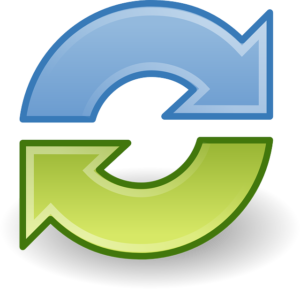 Does The Problem Really Stem From Where You Think?
Pamela Dennison (c) 2017

And yet again, I’m taking life’s interesting lessons and comparing them to dog training.

I’m doing Physical Therapy now for my back, with a fabulous Therapist. I’ve been making some really great progress. I went in yesterday for a session because the back pain was now running down my left leg (on the side of my leg) and left buttock (Piriformis muscle), making my leg numb and very painful all the way down to my foot.

I told Mike (PT genius) where it hurt and to my surprise, he didn’t go anywhere near my left leg at all – he did some pressure points (ouch, double ouch!!!!) and stretching on my right side. I have no idea how or why, but by gum, my left leg stopped hurting! Wow! So apparently, the pain wasn’t originating from where I thought…hmmm…

So I got to thinking about the dogs I work with and how often my clients think that the problem behavior is stemming from one area, when in reality, it’s coming from somewhere else completely.

Tommy, the Bullmastiff, after being well socialized, all of a sudden started aggressing at people. His owner knew there was something wrong—he had been limping sporadically. She took him to quite a few veterinarians and they could find nothing to explain it and called it a mild strain. She finally went to a specialist and it turns out he completely ruptured a ligament and, because it went undiagnosed for so long, the joint capsule was ultimately damaged as well. The only thing holding his shoulder together was his muscle mass. Once his shoulder was operated on and he healed, 99 percent of his aggression simply disappeared.

I was working with a Collie named Geordie. All of a sudden, he was refusing to jump, sit or do a sit stay. I recommended that he be checked by a vet since he had always been a willing worker in the past. (the owner thought he was being “stubborn.”) It turns out he had spondylosis (a degenerative disorder that may cause loss of normal spinal structure and function) and wasn’t physically capable of doing those things anymore.

The dogs that seemingly “blow their owners off,” when in reality they are stressed by the owner’s behavior or by the environment and don’t have enough (if any) reinforcement history from the owner in new environments.

The dogs that seemingly are stubborn, stupid, or dominant and it turns out they are deaf.

The dogs that “all of a sudden” bite strangers coming to the door, when they were previously punished for innocently jumping on guests.

The dogs that run away when they hear the word “come,” because previously they may have been let out accidentally and when they returned, they were punished for running away.

The dogs that pull on leash because their owners handle the leash like a butcher; constantly throwing the dog off balance, so the dog has no choice but to pull back to stay upright.

So instead of looking directly at a problem, take the time to look at how and why that unwanted behavior exists. Once you adjust yourself, your reactions, your training, and the environment, you should find that the problem simply disappears – just like the pain in my left leg!