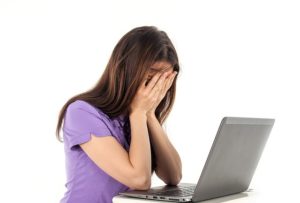 Remember about 2 years ago, I learned some new technology stuff to design my own website? (Click here) And how hard it was for me to learn, but how, with some major effort, I learned it? So much so, that for the most part, I’ve been flying solo on my website. The few things I haven’t been able to do myself were things that Tammy didn’t teach me in the beginning.

About a week ago, I was trying to get to my website from my phone, because I wanted to read one of my blog posts to a class. I could not get to my blog, no matter what I tried and in fact, none of the main menu buttons worked – only the drop down buttons worked. I know it had worked before on a phone, but all of a sudden, Word Press decided to change the rules on their products. Major frustration time. Sigh.

Tammy Coron came to the rescue and walked me through how to fix it – although it took me a long time to understand the mechanics of what she was telling me to do, I finally figured it out.

How often do you change the cues you give to your dog? Here’s a few things I’ve seen lately for a behavior as simple as a sit;

It’s very important that we keep our cues consistent when asking our dogs to do something. If you aren’t aware of what your body is doing in conjunction with a cue, it changes the entire picture for the dog. Just like Word Press changed their theme guidelines without even telling me, or giving me instructions on how to fix the new issue, changing your cues for your dog can and will create frustration and non-compliance from your dog. So the next time you ask your dog to do something and they don’t, look in the mirror (literally) and see if you’re giving a uniform cue. It’s only fair…